Globalization and social, economic and cultural exchanges among countries demand current society to be aware of teenagers’ education, in order to make them able to communicate properly and interact with people from all over the world. Learning a language goes beyond knowing phonemes, vocabulary or grammar structures, it is also a matter of understanding people’s way of living, beliefs and needs. Based on that, Foreign Languages Department at Sans Façon School aims to reinforce and strengthen English communicative skills in the students, guarantying the acquisition of both, the language and the culture during classes, through the implementation of challenging projects which help learners to feel comfortable with their learning process.
First of all, during the first years of school our kids, from preschool to second grade, have got the possibility of being immersed in a bilingual context. What is more, all along third, fourth and fifth grade students are facing an intensive English class, which means 8 hours per week (including Science and Reading). Besides, English lessons for high-school learners are divided into two levels: Junior and Senior; they are classified according to the result obtained in the Oxford Placement Test that is taken every single year.
On the other hand, English teachers work focused on the students’ needs, letting them develop not just their communicative abilities, but also the soft skills to create an environment of respecting other’s ideas, tolerating their beliefs, backgrounds and individual learning process.
All in all, our school seeks to be updated on the 21st century dares, preparing students to tackle society challenges and world needs, promoting the use of English not just indoors but outdoors. 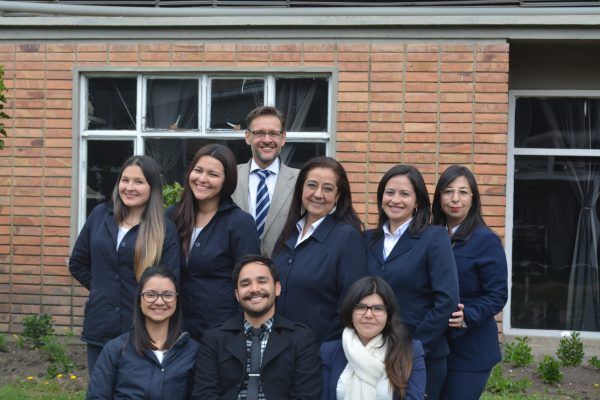